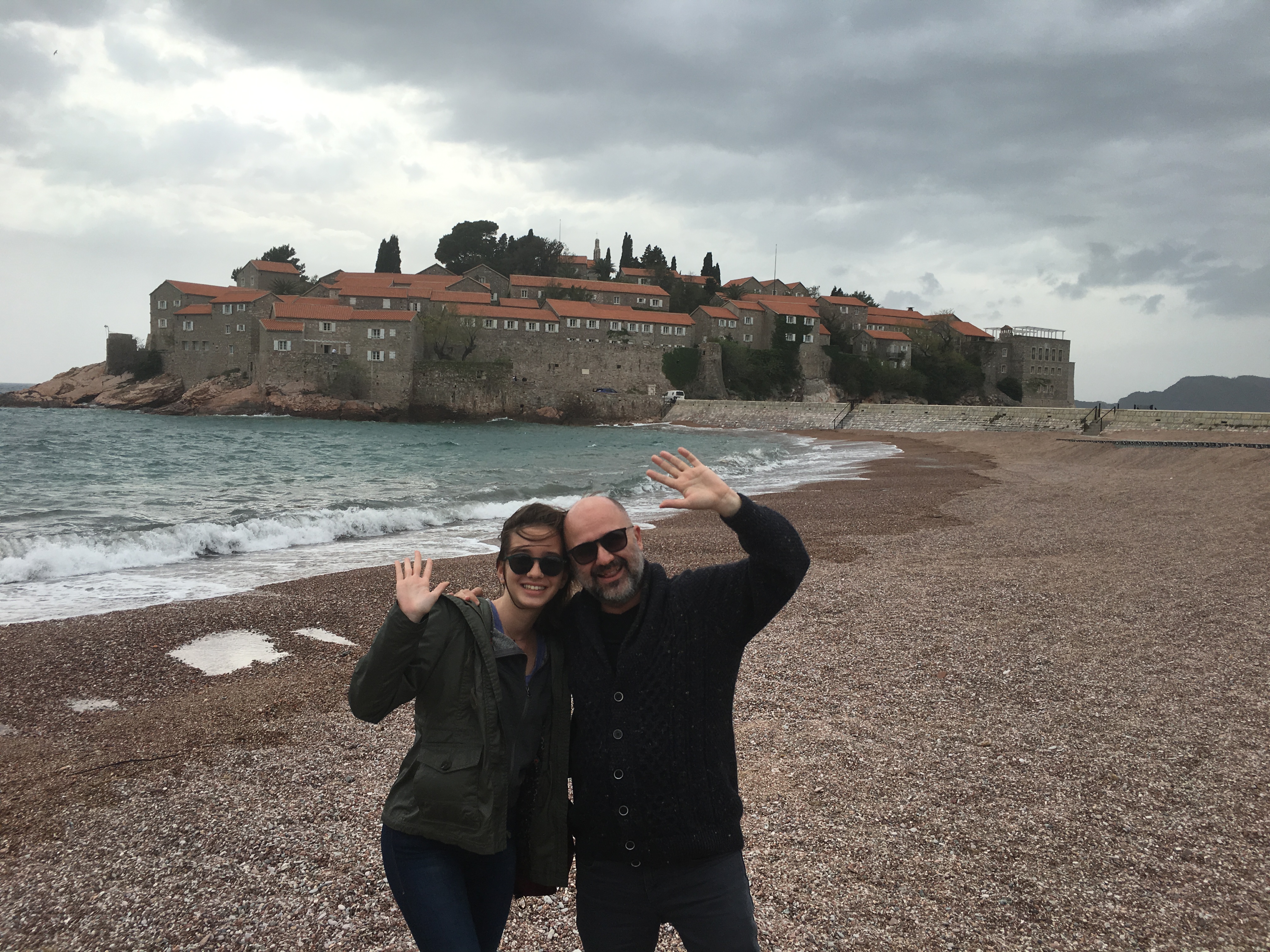 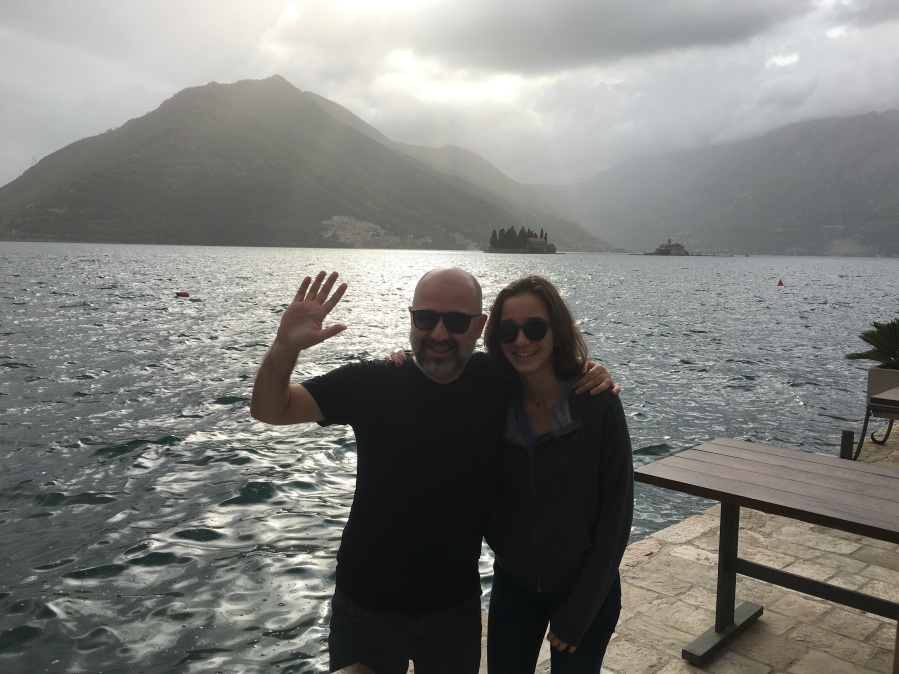 I had promised my daughter that I would take her to the beautiful city of Thessaloniki, Greece for her spring break holiday this year. So I made all the flight and accommodation arrangements for the 7th and 8th of April. It was going to be a wonderful 2-day trip for us. Our kind friend Prof Panagiotis Ketikidis with his great Greek hospitality, prepared an excellent programme that included many surprises for us.

But the real surprise came with an SMS to my mobile phone on the evening of 7 April, the evening before our scheduled departure to Thessaloniki. It was a very disappointing message from Turkish Airlines! All flights to all airports in Greece were cancelled due to a strike by aviation staff throughout Greece! That was really bad news for me because it would be nearly impossible to replace this wonderful trip.

Panos was also very sorry, but what could he do? Nothing, of course!

My daughter and I were sad, but what could we do? Something, of courseJ:

I called Ivan Joveric, my friend from Montenegro, to learn if he was going to be in the country on the 8th and 9th of April. He is the President of the Montenegro Trade Association for Business Angels. I knew he owned a nice hotel in Montenegro and also a travel agency.

Because I had never been to Montenegro, it would be a good discovery not just for my daughter, but for me as well. I have visited every country in the Balkans except Montenegro. I don’t know why, but that was the case.

After hearing from Ivan that he would indeed be in Montenegro and that he would be very pleased to greet us in Montenegro, I called Turkish Airlines to change our tickets to Podgorica, the capital of Montenegro. Istanbul – Thessaloniki is a 60-minute trip, while Istanbul – Podgorica is 90 minutes, and the departure time was about the same as for Thessaloniki. So we would end up spending a mere 30 extra minutes in the air because of the strike in Greece. That was all!

After a comfortable 90-minute flight, we were in Podgorica!

The first thing I heard from my daughter as soon as she stepped out the plane was,

‘What wonderful weather this is’!

The economy of Montenegro is mostly service-based and is in late transition to a market economy. According to the International Monetary Fund, the nominal GDP of Montenegro was $4.114 billion in 2009. The GDP PPP for 2009 was $6.590 billion, or $10,527 per capita. According to Eurostat data, the Montenegrin GDP per capita stood at 41% of the EU average in 2010. The Central Bank of Montenegro is not part of the euro system but the country is “euroized”, using the euro unilaterally as its currency.

GDP grew at 10.7% in 2007 and 7.5% in 2008. The country entered a recession in 2008 as a part of the global recession, with GDP contracting by 4%. However, Montenegro remained a target for foreign investment, the only country in the Balkans to increase its amount of direct foreign investment. The country is expected to exit the recession in mid-2010, with GDP growth predicted at around 0.5%. However, the significant dependence of the Montenegrin economy on foreign direct investment leaves it susceptible to external shocks and a high export/import trade deficit.

In 2007, the service sector made up for 72.4% of GDP, with industry and agriculture making up the rest at 17.6% and 10%, respectively. There are 50,000 farming households in Montenegro that rely on agriculture to fill the family budget.

Aluminium, steel production and agricultural processing make up for most of the industrial output. Tourism is an important contributor to the Montenegrin economy. Approximately one million tourists visited Montenegro in 2007, resulting in €480 million of tourism revenue. Tourism is considered the backbone of future economic growth, and government expenditures on infrastructure improvements are largely targeted towards that goal.

Podgorica is not only the administrative centre of Montenegro but also its main economic engine. Most of Montenegro’s industrial, financial, and commercial base is in Podgorica.

Before World War I, most of Podgorica’s economy was in trade and small-scale manufacture – an economic model established during the long rule of the Ottoman Empire. After World War II, Podgorica became Montenegro’s capital and a focus of the rapid urbanization and industrialization of the SFRY era. Industries such as aluminium and tobacco processing, textiles, engineering, vehicle production, and industrialized wine production were established in and around the city. In 1981, Podgorica’s GDP per capita was 87% of the Yugoslav average.

In the early 1990s, the dissolution of Yugoslavia, Yugoslav wars, and the UN-imposed sanctions left Podgorica’s industries without traditional markets, suppliers, and available funds.

This time I will tell you about my trip not day by day, but by my reaction to our experiences. 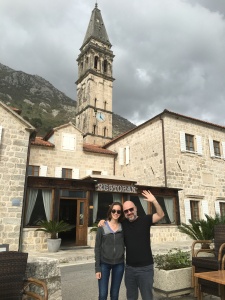 My daughter and I did not enjoy ‘Kara Dag’ / ‘Black Mountain’ but we definitely fell head over heels in love with Montenegro ….

Thank you, dear Ivan, for your generous hospitality!

Buy your flight ticket from Turkish Airlines, fly via Istanbul to Montenegro, and send an email to Ivan Jovetic and ask him to arrange the same trip he organized for Baybars and his daughterJ. 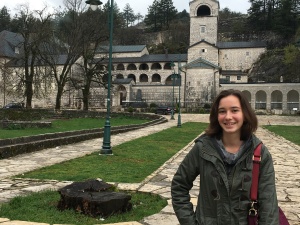 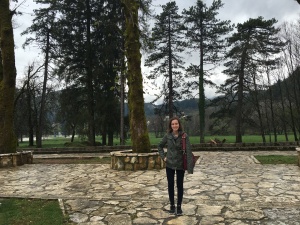 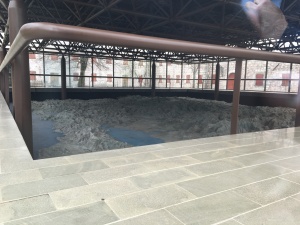 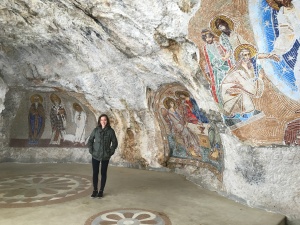 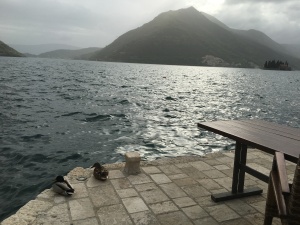 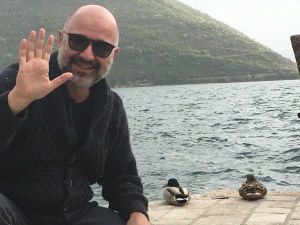 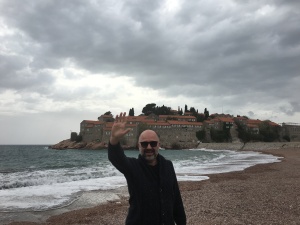 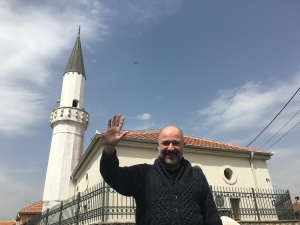 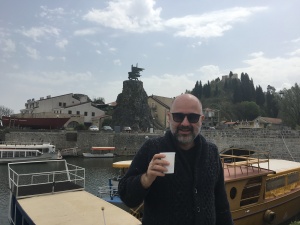 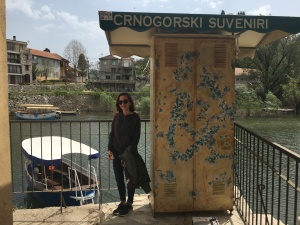